I’ve been using Ubuntu on my laptop for the past few weeks and have found a few handy tips for flinging windows around. Here are a few keyboard shortcuts as well as some custom little commands that use wmctrl to do some custom window sizes and locations.

My keyboard does not have a number pad. I’m calling the “Windows” key the “super” key. These shortcuts come with Unity:

I also wanted to be able to fill about 75% of my screen with a window – not just 50% so I made a couple quick custom keyboard shortcuts. Since wmctrl will not move maximized windows, I made a couple short little scripts to remove the maximized attributes from the windows before trying to move the windows.

and make sure it is executable

Now you can make a keyboard shortcut for it in System Settings -> Keyboard -> Shortcuts -> Custom Shortcuts. 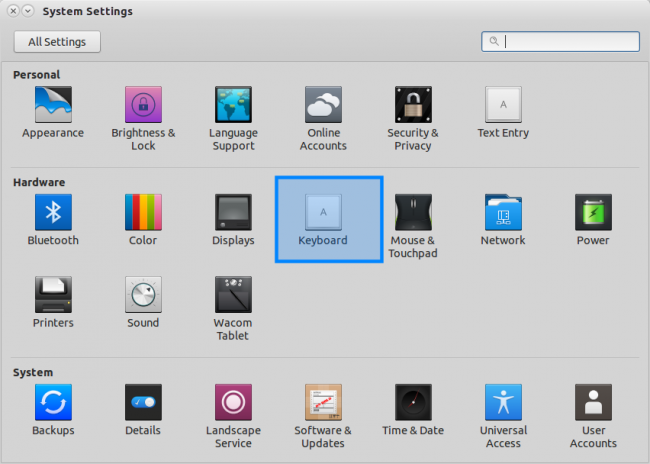 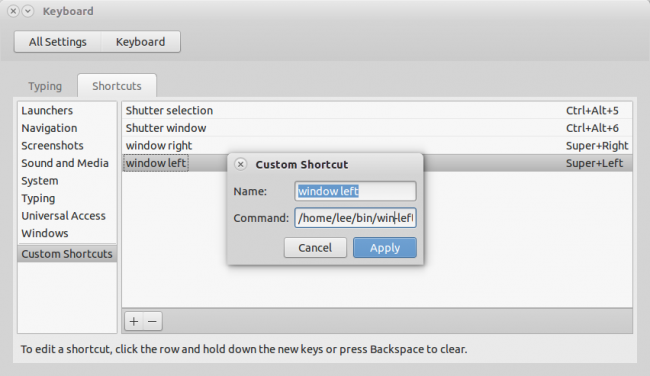 One thought on “Moving Windows In Ubuntu”