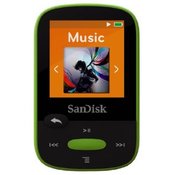 I got a SanDisk Clip Sport the other day and became exceedingly vexed by my inability to get an ordered playlist working. I’m using Ubuntu, and here’s the secret that finally got things going.

I finally found an app called PuddleTag (it’s in the Ubuntu Software Center) which will create M3U playlists and let you arrange the sort order of the songs. Only problem was the playlist file always showed up empty in the SandDisk player.

The secret to success

I finally figured out that the file was being saved with unix line endings and it needed to be dos. The quick fix was simply to open up the file in vim and change the file format to dos.

So… the way to get this working is

And that’s it. Happy listening!

One thought on “Making Playlists for SanDisk Clip Sport in Linux”