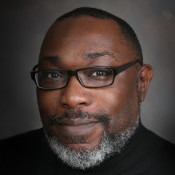 If you have not been to a WordCamp yet, you’re missing out on learning some really helpful information and meeting some really interesting people. If you do go to WordCamps, especially those in or around North Carolina, you have most likely encountered Ray Mitchell. Ray, and people like him, are the reason I think WordCamps are so effective and fun.

One Morning At WordCamp Raleigh

I first met Ray several years ago at WordCamp Raleigh. I had been to a few WordCamps, but this was one of the first times I was going to be speaking. My session was the first one after lunch, so I had a bit of time to settle my nerves. To help put myself at ease, I decided to attend the talk that was in the same room where I was to be presenting that afternoon. It just so happened that Ray was the speaker that morning.

Ray, on the other hand, is no stranger to public speaking. He has a charisma about him that will make you immediately want to become his friend. He also has the skill of being able to discuss technical issues in a way that is educational without being overwhelming. I’ve seen him give several talks at WordCamp Raleigh over the years and you can also catch him on YouTube discussing WordPress Security.

My wife and I really enjoy our garden. In fact, we like gardening so much, about four years ago we moved out of the suburbs onto a 15 acre plot of land so that we could have as big of a garden as we felt like tending. My favorite thing to grow is tomatoes. I’ll just bite in to one and eat it like an apple. I’ll put them on salads. But the best thing we do with them is mix them up with some of the other stuff in the garden and make fresh salsa!

People can be a bit like that. I generally like almost everyone meet. Show up at a WordCamp and just walk up to somebody – anybody. To make it even more interesting, find somebody that doesn’t look like that kind of person you’d normally talk to, then go talk to them. I have never had a bad experience. It’s sort of like a whole garden of tomatoes. No matter who you talk to, you’re probably going to have a good time.

Many times, once you start talking to somebody at a WordCamp, you hit salsa! Somebody who goes beyond just tomatoes and spices things up with really interesting stories – places people have been, things they’ve done, what they are doing now, and how WordPress fits into the picture. Ray is definitely salsa!

How It All Started

Ray has lived in a bunch of places including North Carolina, Arizona, and Florida. He also spent 5 years living in Canada working with American Express training people how to run call centers. When Ray moved back to North Carolina he started up a leadership development company. He needed a website for himself but didn’t want the heavy cost of hiring a developer. So, he spent his nights teaching himself how to code and he built his own website. As Ray was updating his site’s code by hand, he started wondering if there might be a more efficient way to maintain his site. That’s when he decided to give WordPress a try. People began to notice Ray’s site, and wanted a site like that for themselves. So Ray started putting together WordPress sites for other people. More and more people started asking him about building WordPress sites, so much so that it started overshadowing his original business. Today Ray is the owner of SixFour Web, offering design and marketing services to entrepreneurs, small businesses and non-profits. Working with WordPress, he can help you set anything from a personal blog or landing page all the way up to a comprehensive site for your business. He can also get you set up with a Facebook page or even offline needs like a logo, business cards, and brochures.

What Keeps It Going

Since 2010, Ray has been designing and building sites for folks full-time. But, you won’t find a proposal sitting in some metal inbox on a beige desk somewhere with Ray’s name on it. Ray works with people face-to-face. He’ll drive over two hours to meet with prospects. He wants to get to know who they are, what they are doing, and see how he can genuinely add value to their project through his skills. He likes to say he helps people take the next step once they have “outgrown their nephew’s website.” Sometimes folks are just too far for an in person visit. Ray has clients all over the country, but he always places a high value on getting to know his clients and letting his clients get to know him. Once they do, I’m sure they quickly realize they’ve found salsa!